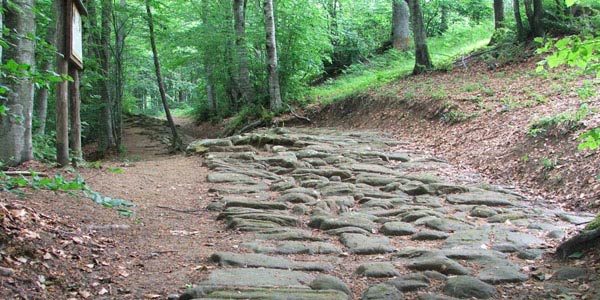 We are in Mugello, between history, art and an extremely valuable environmental heritage. Lovers of nature and hiking have only to choose between paths and ancient trails from the Etruscan era that offer breathtaking views. In the 500 BC, the Etruscans built the first communication routes including the one that connected Fiesole to Bologna the same that we can rediscover by walking the Via degli Dei (The trail of Gods). This trail was named like that because some places along the way refer to the names of gods from ancient Greece such as Monte Adone, Monte Venere, Monte di Giove and Monte Luario.
This trail is a landmark in the green Mugello valley near Florence, the perfect spot for a Holiday rental in Tuscany.
This ancient Etruscan route was later redeveloped to become a proper Roman road built by the Consul Flaminio to connect Florence with Rome and named after him.The so called Flaminia Militare was then built, and continued to be traveled by foot or by horseback also in the Middle Ages. The track, is not only pleasing us with an uncontmionated enviroemnt, rich in woods, waters and fertile plains, yet is one of the most evocative area where to experience slow tourism.
On the track, wayfarers stopped to rest, exchange goods, learn stories and habits of the local area, thus giving an opportunity to local busenisses to florish such as tavers and inns.

The itinerary develops over five stages between Florence and Bologna passing through Mugello and the Appenine mountains. Also an opportunity to discover the Mugello area and its hidden gems, including food and art. A local country house rental near Florence is a great opportunity for travellers to be hosted along the trail. Porcigliano Olive Grove, a vacation rental in the green Mugello valley near Florence, is the ideal spot.
From Fiesole the itinerary goes through Monte Senario, with the historic Sanctuary (note a fresco of the Seven Founding Saints of Pietro Annigoni).
Near the Sanctuary you can stop at Porcigliano Olive Grove, the perfect Mugello house rental near Florence ideal for families and groups of friends. This accommodation seats on the itinerary and is only 30 minutes from Florence. Spending a holiday here, also means reconnecting with yourself while listening to stories from the past in line with of a genuine local experience.
Visit the full Itinerary
www.viadeglidei.it 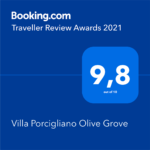 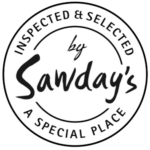 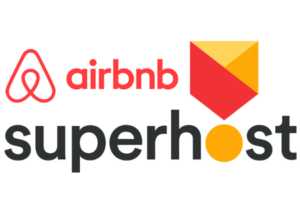